Muscle Relaxation – with Botox or Xeomin

Line Softening – with fillers – such as Radiesse, Versa, or Juvederm

This is the story of a very nice lady who wanted to share her story that it is never too late to enjoy a rejuvenation. Now, everybody wears a story on her face. Some people frown when interested, giving them vertical lines between their brows. Others raise their brows in interest, causing horizontal lines across their brows. Some people purse their lips, causing lip lines, others pull down the corners of their lips causing RBF (Resting Bitch Face) and jowls. After a while, the face creases from use, just like a well-worn pair of shoes or a favorite pocketbook.

All faces sag from gravity and use!

Muscle relaxation – with Botox or Xeomin – can soften lines, such as those around the eyes, lips, and brows. Fillers – such as Radiesse, Versa, Juvederm – will rebuild structures that have settled with age, or have never been present in the first place. This lady has a flat mid-face, probably since birth, and cheeks that have dropped from almost six decades of use. By plumping her cheeks, her beautiful eyes will be balanced and her nose will appear smaller. All lips become thinner and tend to turn inwards with age. Filler will plump her lips and fill in those lines and muscle relaxation will soften the lines around the lips.

A major part of what I do is to restore the poetry of proportion to a face.

I move the shadows of the face by adding fillers and changing muscle mass with Botox and Xeomin. This woman has generously shared her treatment pictures with VFA.

These photos are without makeup and no photo filters have been applied! 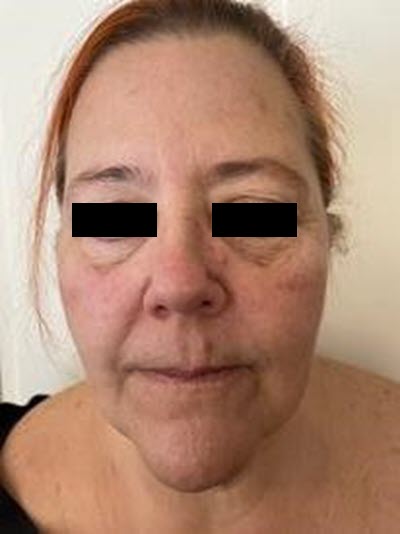 Here is our first picture. Her most prominent features are her gorgeous eyes and chin.

However, she has a flat mid-face, lowered cheeks, and small, flat, lined lips.

It is most appreciated in the image on the left below which is a side view.

The image on the right below shows the lift from filler.

The cheeks are now higher on her face and her face is balanced. The chin appears less prominent because of the muscle relaxation applied to the large muscle in the chin. 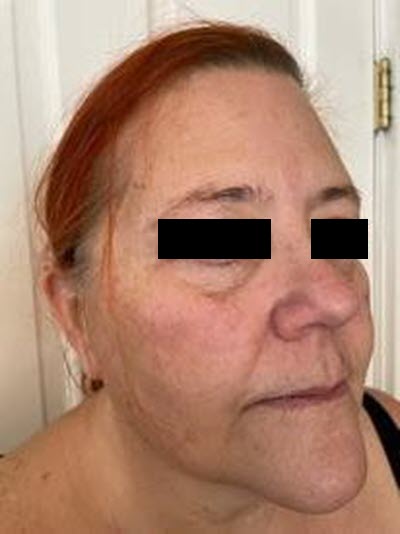 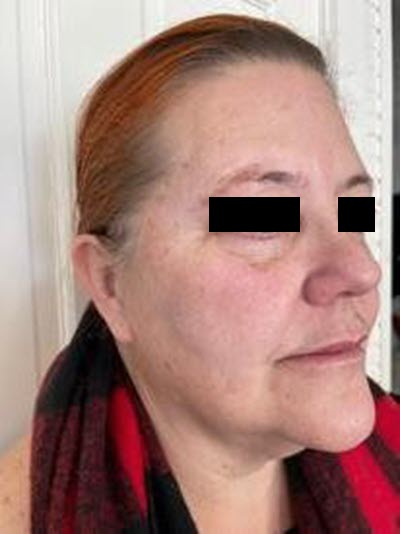 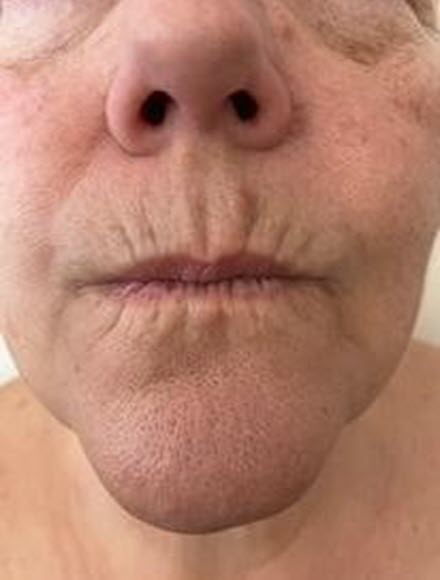 In the area of the lips, small, lined lips may make a person look tense or even angry.

Using straws or smoking, or if one purses their lips often will cause lip lines to form. We are fortunate to have muscle relaxation with Botox and Xeomin for this!

Using a fairly comfortable new technique, the lips were filled and the lines relaxed with Xeomin. 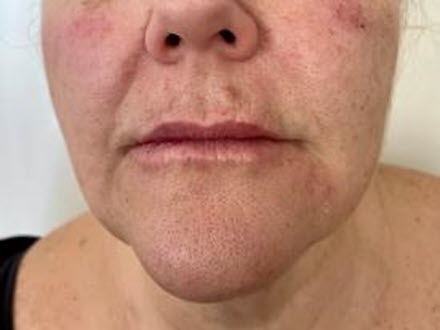 Here she is immediately after her treatment. 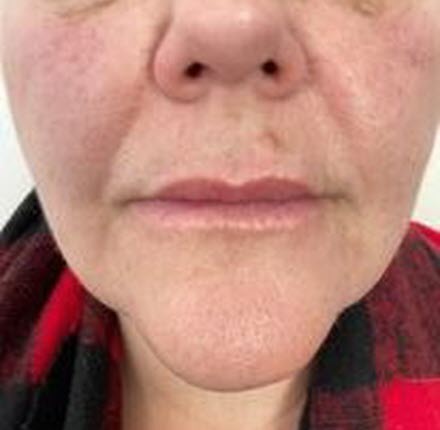 This photo is two weeks after the initial treatment. 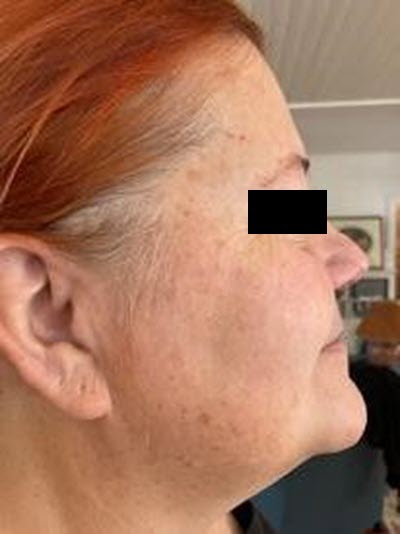 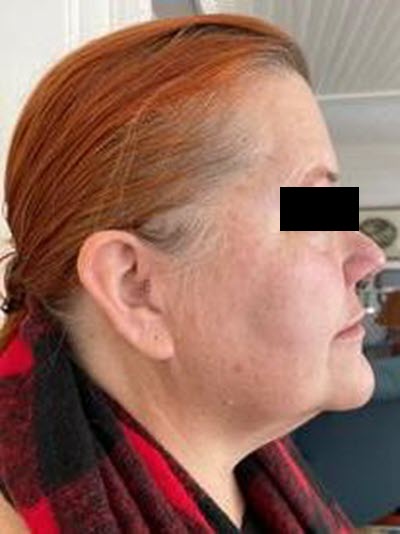 Here are the before and after pictures from the side. Her new jawline is more defined, and the restored lips balance her lower face. 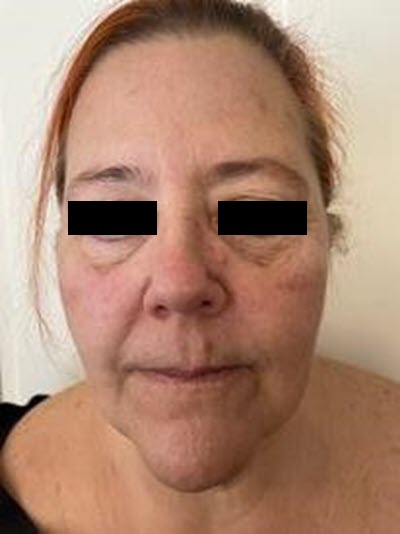 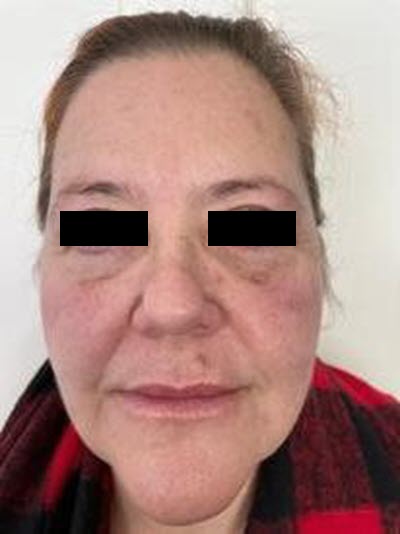 In summary, here she is before and after.